Donations, sponsorship and infidelity (§ 153 StGB) - managers and supervisory boards in the sights of the criminal court 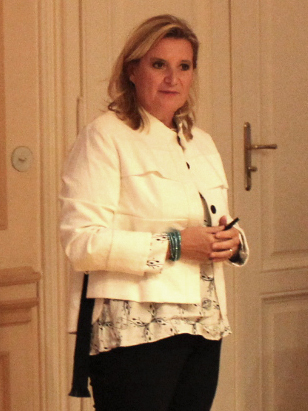 Attorney at Law and Partner at Gheneff – Rami – Sommer

Mag. Huberta Gheneff completed her marketing studies at Unilever after studying law at the University of Vienna and in Paris. She founded the ovidis platform for Austrian design and has been an independent lawyer since 1998. She has been a member of the Supervisory Board of the Austrian Post AG since April 19th 2018. Prior to that, she had already served on both the ORF Board of Trustees and the Bundestheaterholding Supervisory Board. Her areas of expertise as a lawyer lie in the areas of commercial law, business criminal law, family law and inheritance law. 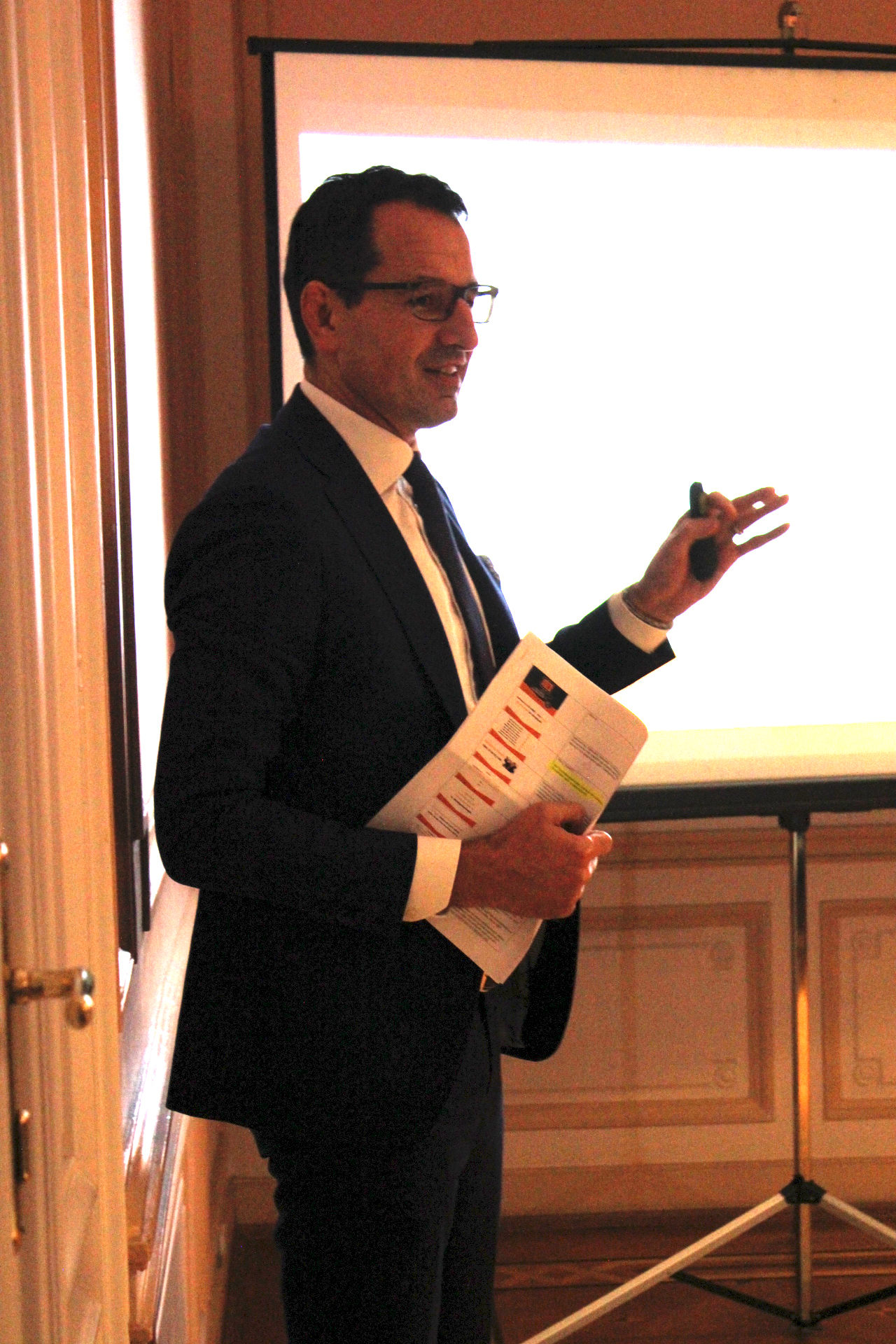 Attorney at Law and Partner at Gheneff – Rami – Sommer

Dr. Michael Rami has been a lawyer since 2002 and in 2003 he became a partner at Gheneff - Rami - Sommer Rechtsanwälte in Vienna. Dr. Rami specializes in media law, business criminal law and insurance contract law. Since 2009 he has been a lecturer at the Faculty of Law at the University of Vienna, Institute of Criminal Law and Criminology. In the course of his extensive publishing activities, he constantly comments on current legal issues and decisions. Since 2018 Dr. Rami is Judge of the Austrian Constitutional Court.

“From investment to successful sales – a long way” 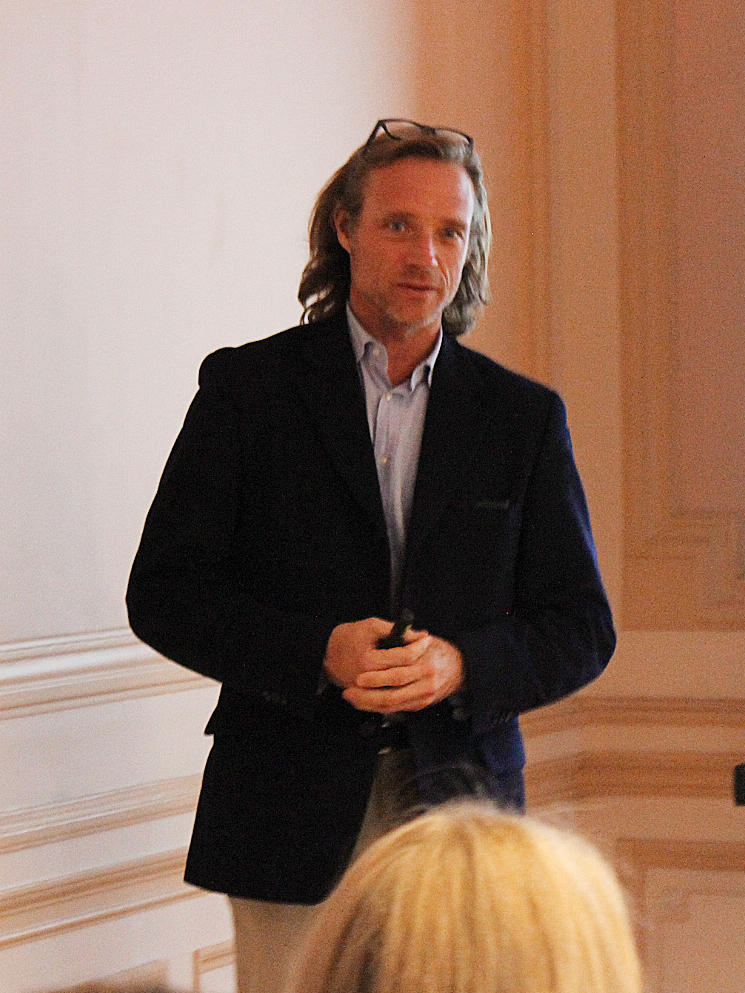 Cofounder and partner at Speedinvest, Vienna

Mr Keiper-Knorr founded his first company in 2000. Shortly thereafter, in 2004, he co-founded 3united, a 3-way merger, which, in early 2006, was acquired by VeriSign for EUR 55m. From 2007 onwards, Daniel continued his work as a business expert and consultant. He invested in five Austrian and Swiss startups. In 2011, he co-founded Speedinvest. As a Partner, Daniel runs investor relations and the fundraising desk and supports portfolio companies with business development. Thanks to Daniel’s great thirst for action and outstanding communication skills, Speedinvest has established a broad and versatile network across Europe. 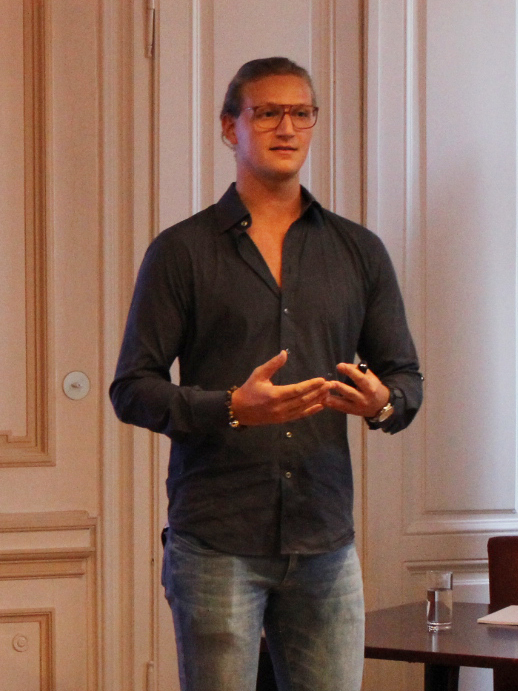 Felix Ohswald discovered his liking for mathematics at a young age and graduated with a Bachelor degree as soon as he was 18 years old. Later on he also spent some time studying at Cambridge and in Zurich. With his brother Moritz and a friend form school, Gregor Müller, at his side they soon came to notice a need for tutoring programs at schools and universities. By founding GoStudent they created an emerging establishment in digital education.

Talks of the past years

“Acquisition and further development – strategy starts in the very beginning” 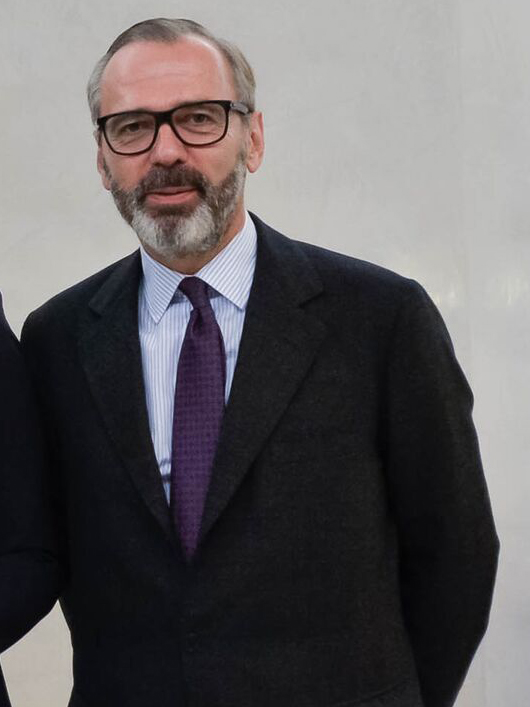 After more than 30 years as a successful managing director at Accenture, as a partner at KPMG, vice president at Capgemini Consulting and PL at Roland Berger, Michael Büttner now is a self-employed consultant focusing on strategy and management counselling.

After many reorganizational and optimization projects the focus of his work lies in strategic realignment of big corporations as well as family businesses.

“Company succession and M&A in the mid-sized sector” 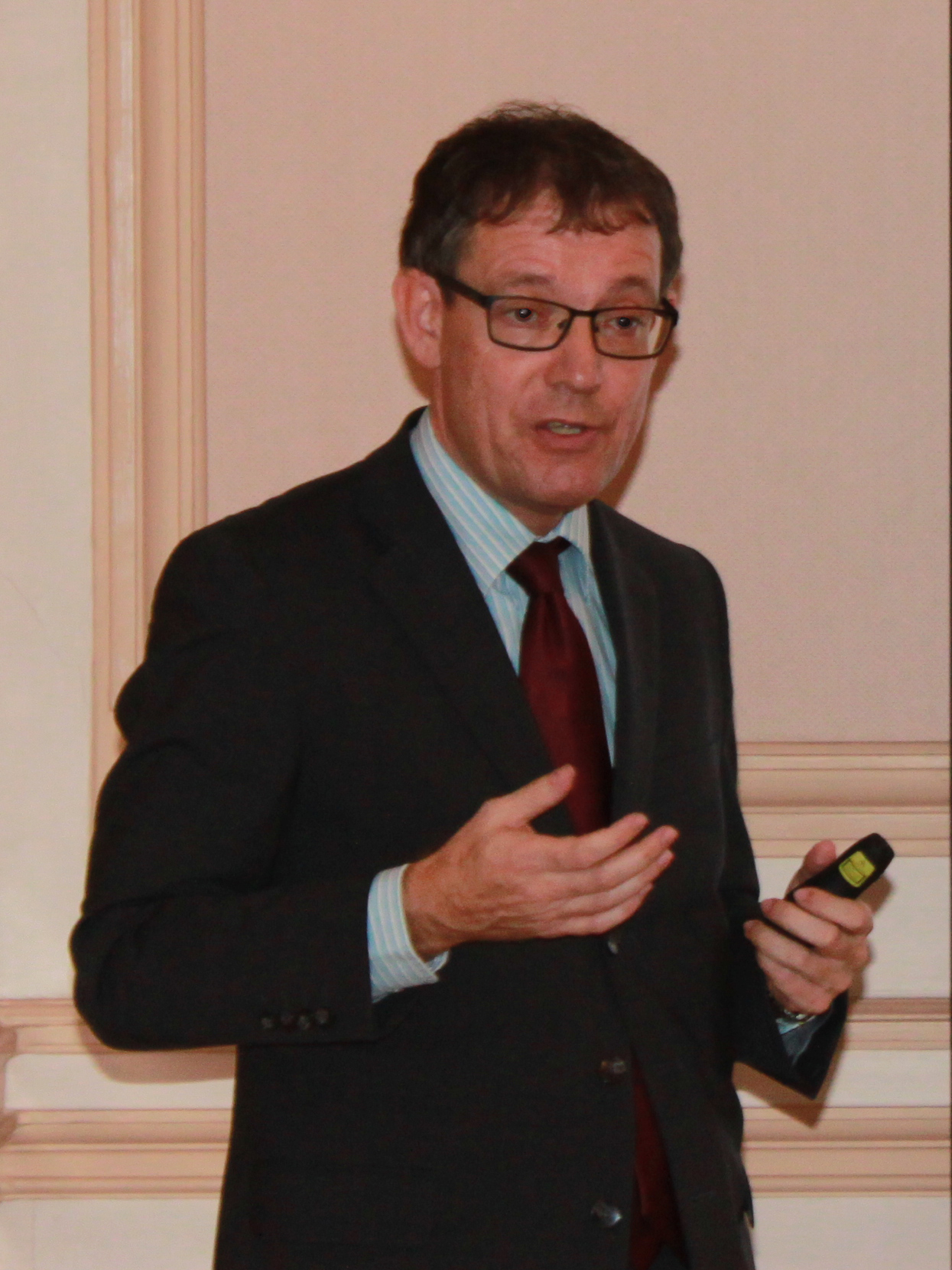 In the past 20 years Dr Patrick Schmidl worked with many small to medium businesses helping them with company succession. After his studies in business administration (WHU Koblenz, Université Libre de Bruxelles, Texas A&M University) and the following doctorate in Bamberg he worked in the financial sector of a chemical companie, in M&A consultation Rothschild bank and for an investment house. Dr Schmidl is also member of the M&A federal association.

Brexit and the following consequences for foreign trade 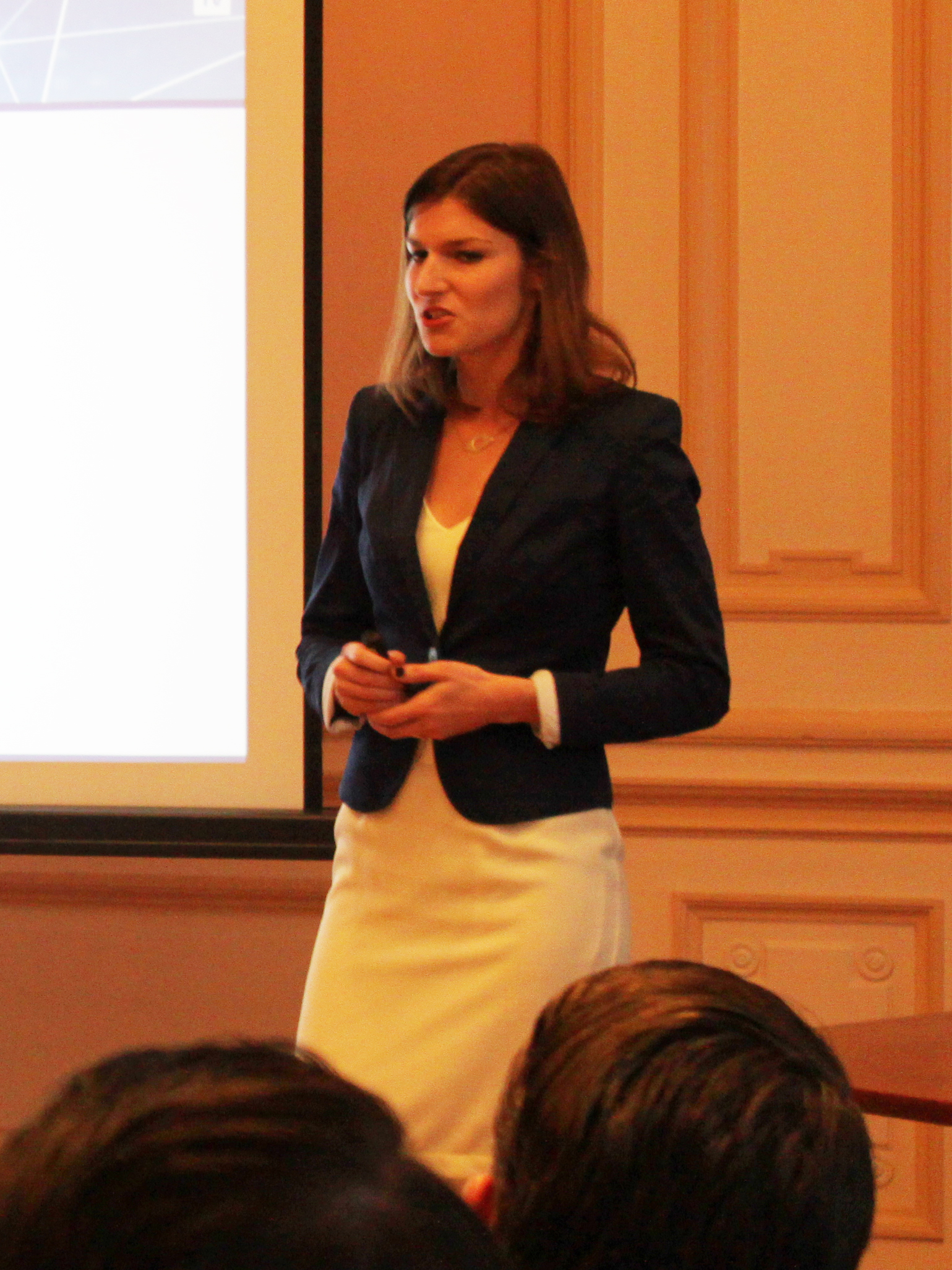 Mag Danai Budas, MA studied psychology in Vienna and international management in Grenoble. As an expert in international relations her working fields include various aspects of international trade. 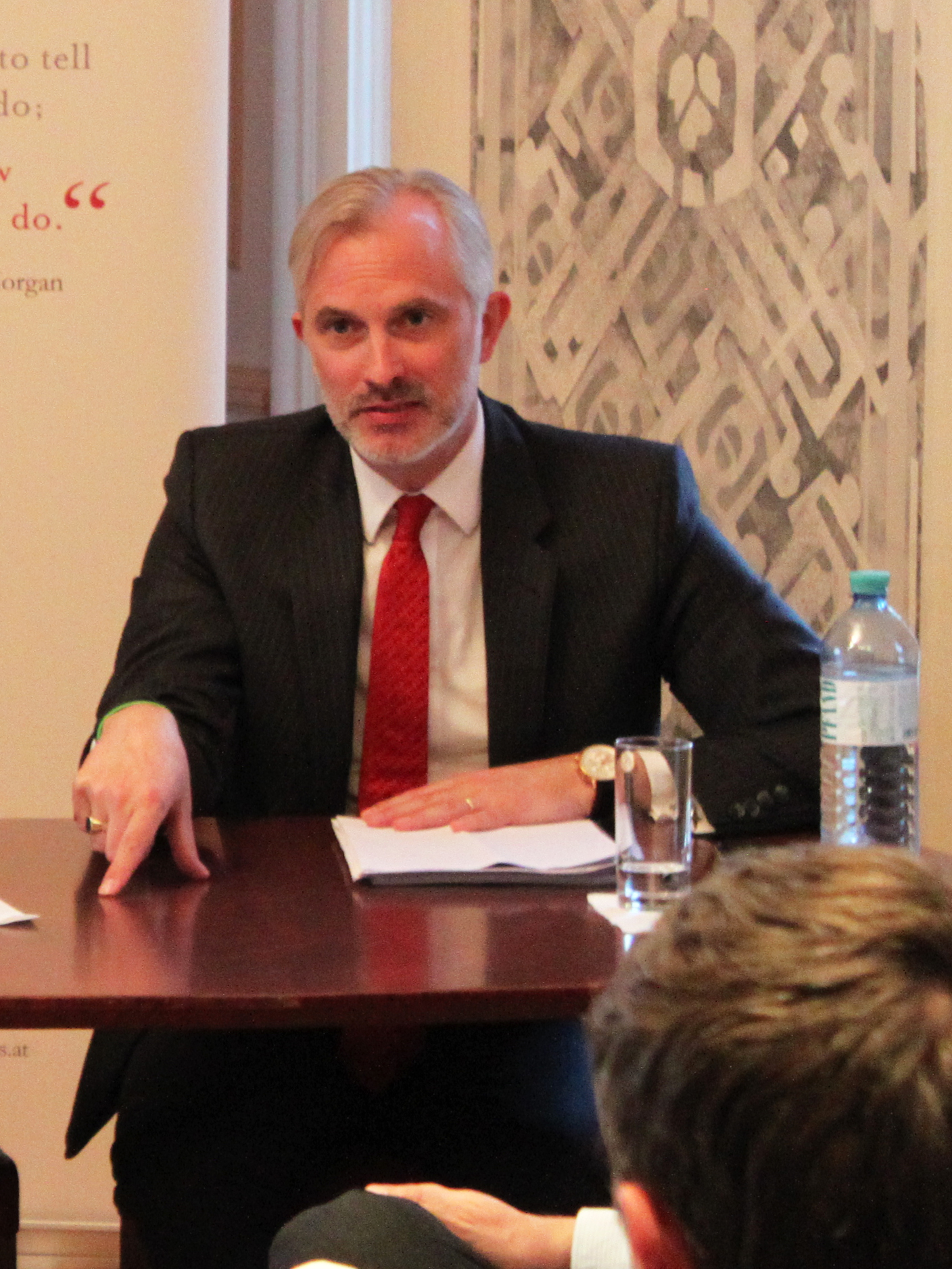 Ambassador Mmag Gregor Schusterschitz studied Public Law and Politics at Innsbruck University, Linz and Washington DC from 1990 to 1996. Since October 2015 he works as the Austrian ambassador in Luxemburg. Furthermore he is active as an Austrian delegate within the EU-council for “Brexit”.

Chances and risks of digitization 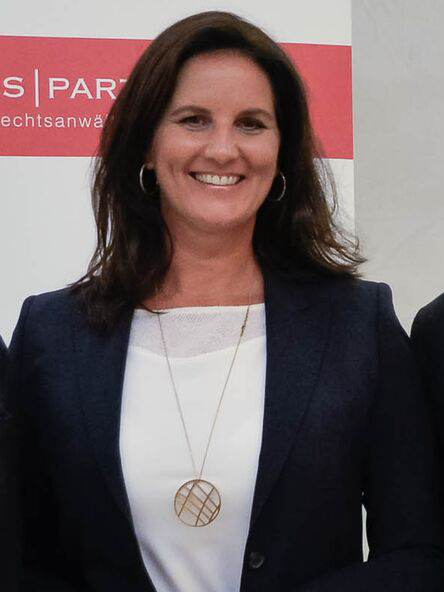 “Digitization – Looking at the strategic impacts” 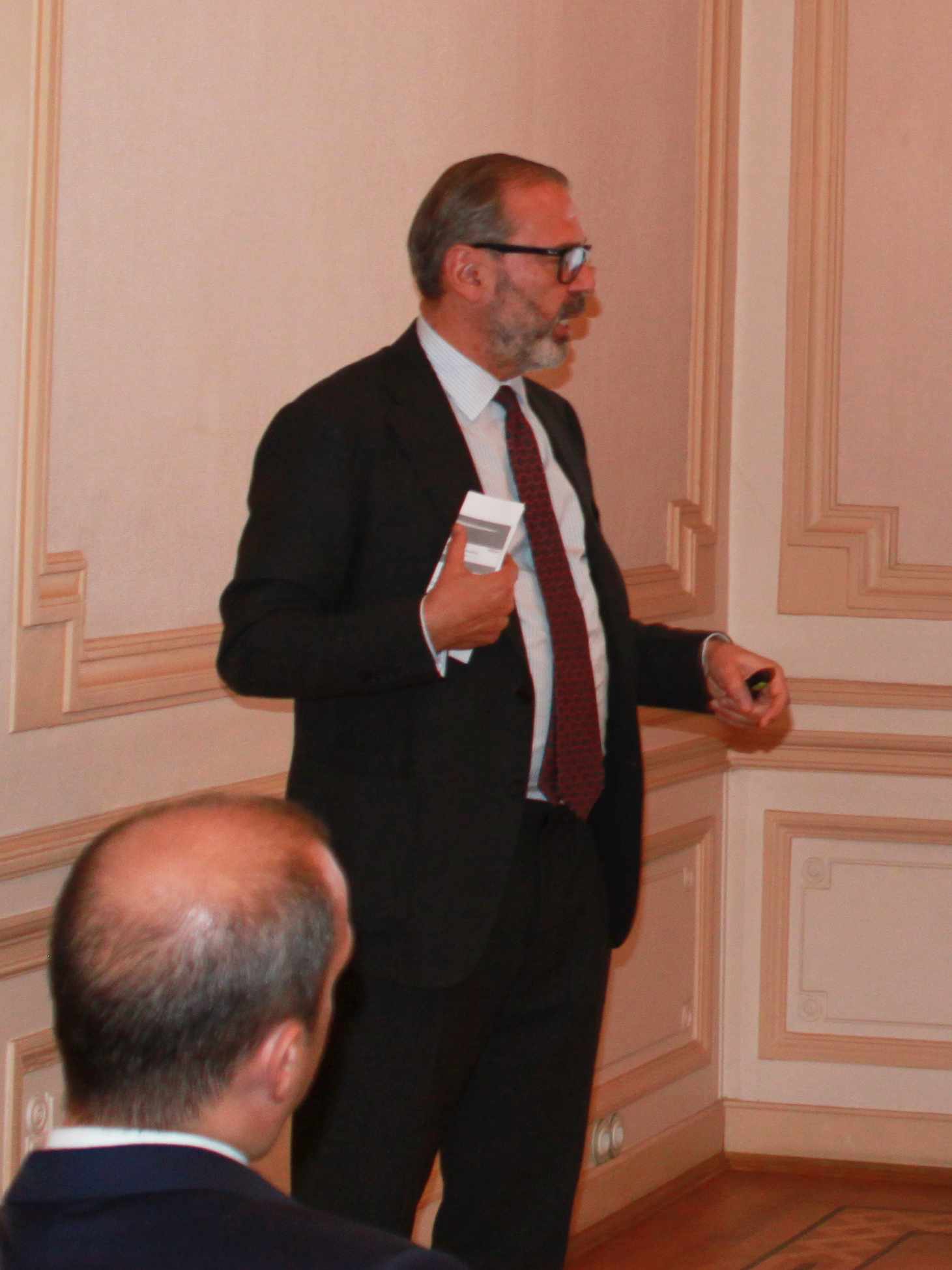 Since 2013 Dr Michael Büttner works as the managing director at Accenture Wien. He is considered an expert in the fields business transformation, consulting technology and service. Before his time at Accenture he worked for Roland Berger and Capgemini Consulting, he was also a partner at KPMG advisory where he was in charge of the Austrian management consulting department.

The unpopular shareholder - differences between the partners and management 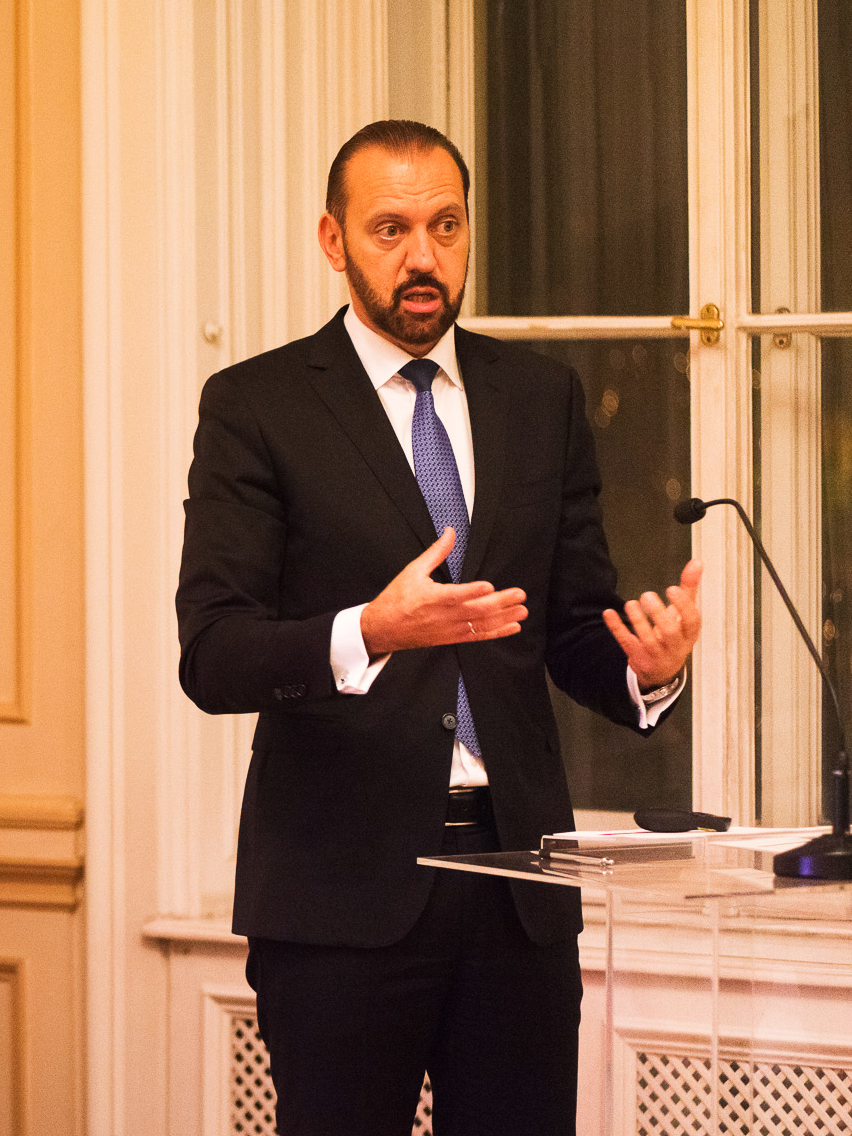 Chairman of the Institute for strategic management at WU, Vienna

Univ-Prof Dr Werner H. Hoffmann has worked in building and optimizing controlling systems for medium to large corporations at EY where he is head of strategic consulting in Germany, Switzerland and Austria. He also is a member of the scientific management of the Austrian supervisory board. 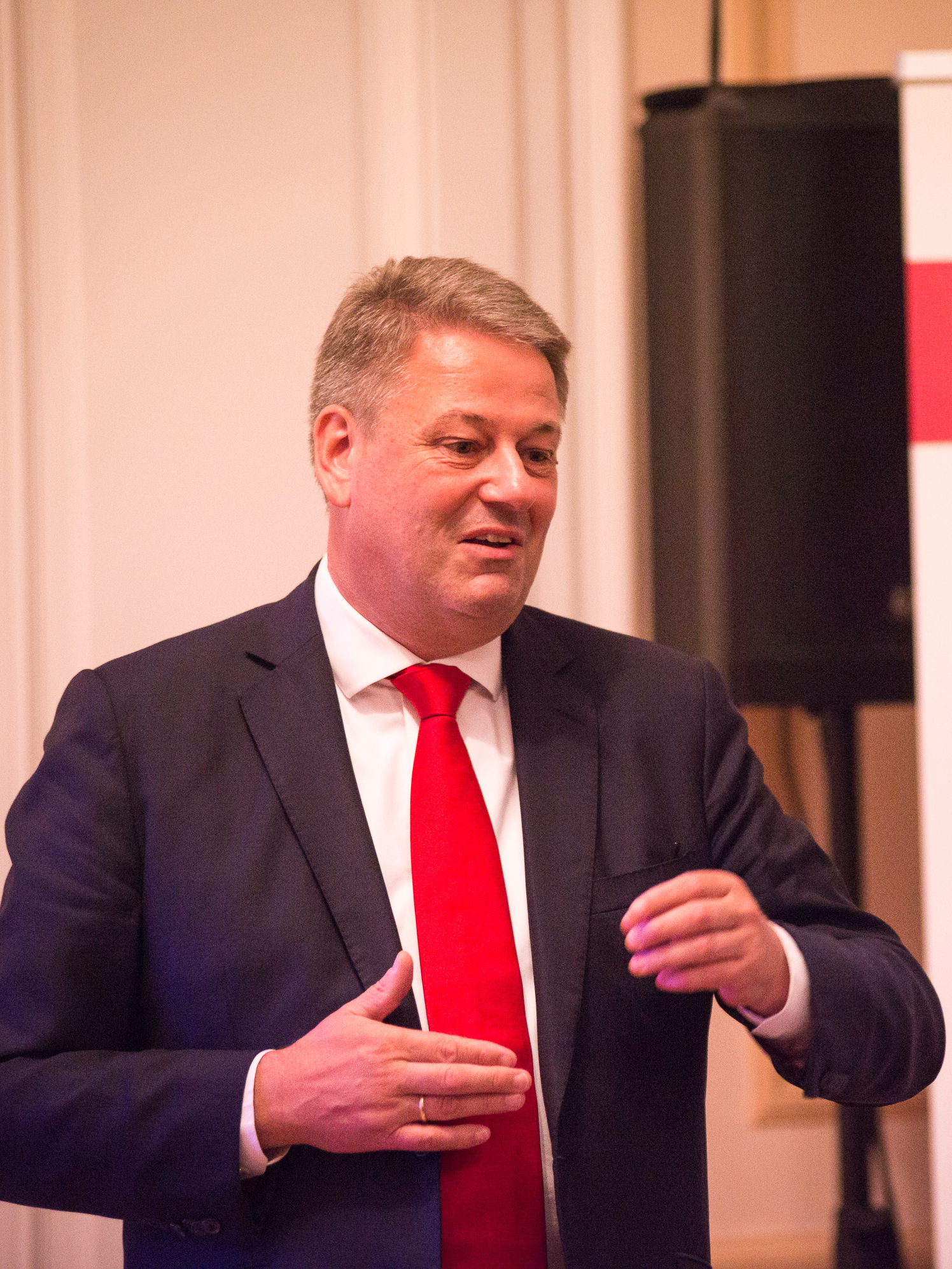 Andrä Rupprechter is considered an expert in agricultural concerns and held leading positions in the agricultural sector both in Austria and across Europe for many years. He held his position as Director of Rural Development in the General Secretariat of the Council of the European Union until 2013, when he was appointed Director of Transparency in the Council Secretariat. He then assumed the position of Federal Minister of Agriculture, Forestry, Environment and Water Management until December 2017.

Division of roles between the executive board, management and the supervisory board

“A new supervisory board – compliance and responsibilities of management” 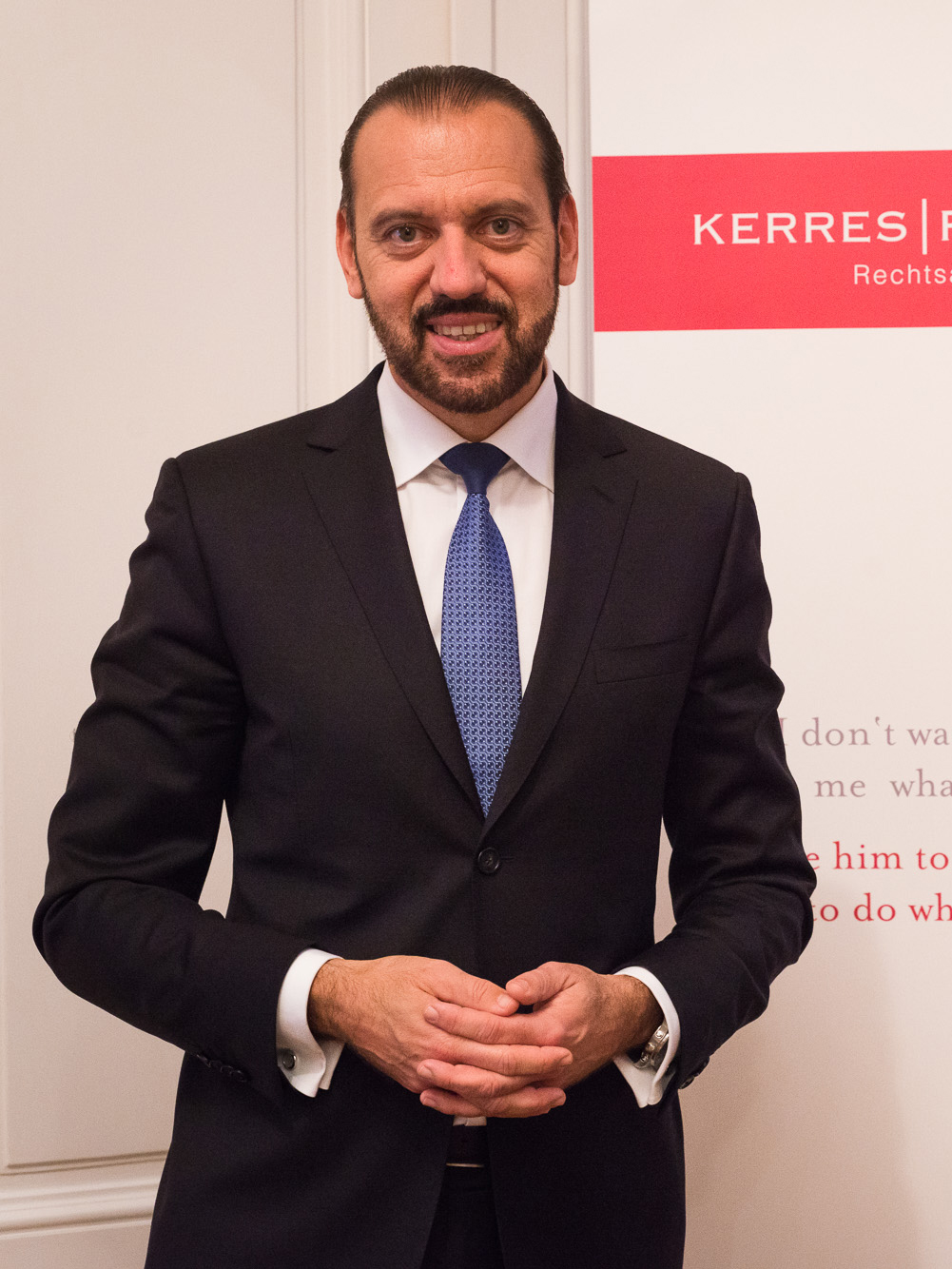 Director of the Institute for Strategic Management at WU Vienna

Univ Prof Dr Werner H Hoffmann is CEO of Contrast Management-Consulting GmbH, headquartered in Vienna, and head of the Institute for Strategic Management at Vienna University of Economics and Business. His professional activities include consulting activities for well-known companies and non-profit organizations in the areas of strategic management, organization and controlling and the drafting of publications and lectures in the areas of strategic management, strategic alliances and networks, controlling and management consulting.

Compliance and responsibility of management

"Liability and compliance for managers" 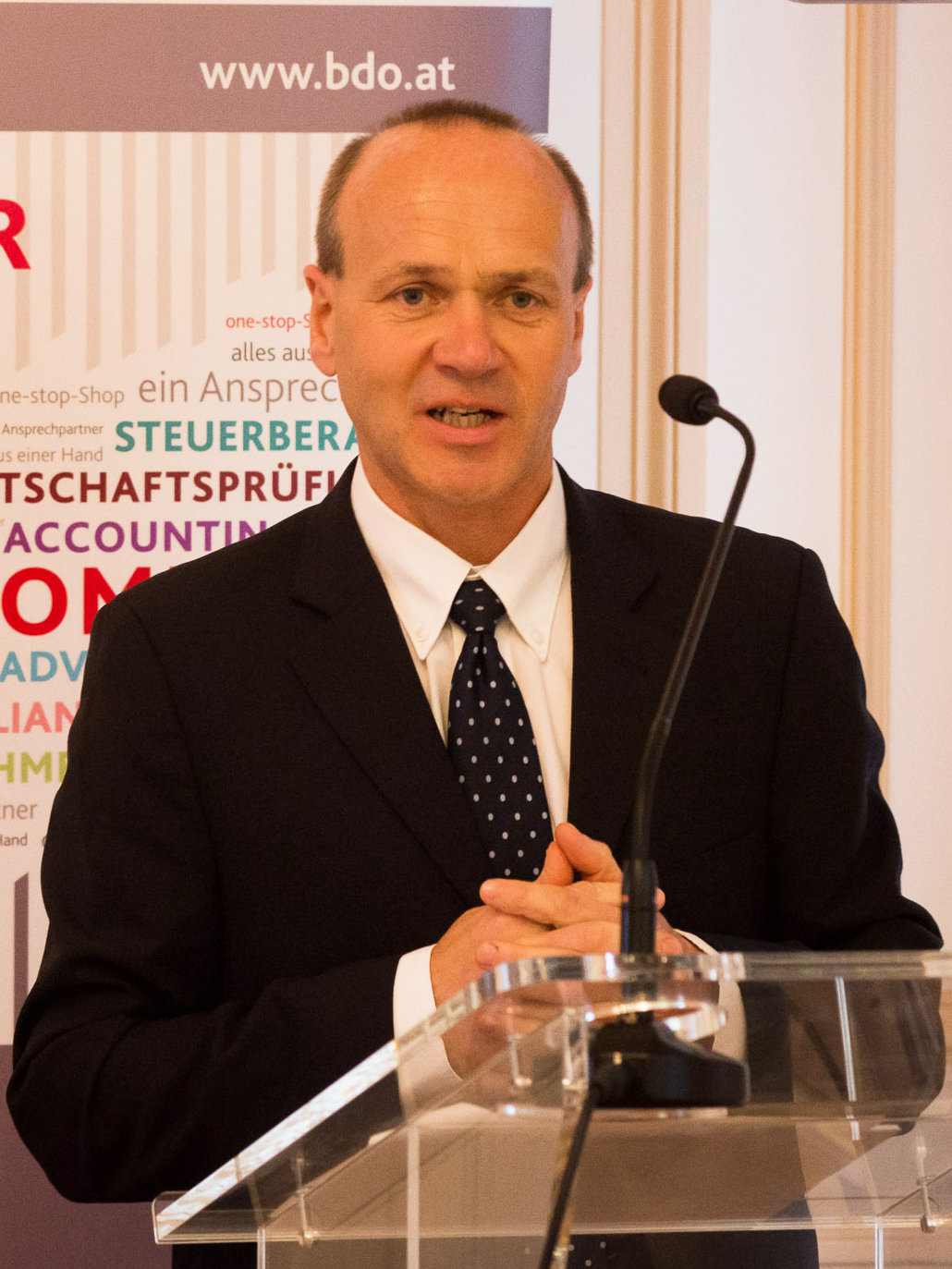 Mag Kurt Sumhammer is managing director and partner of BDO Austria GmbH, headquartered in Vienna. After studying business administration at the Vienna University of Economics and Business Administration, he entered the profession in 1990. Since 1994 Mag Kurt Sumhammer has worked as a tax consultant and since 1999 as an auditor. His professional activities focus on corporate taxation, auditing, group accounting, international accounting, restructuring and private foundations.